A Gentleman’s Guide to Love and Murder 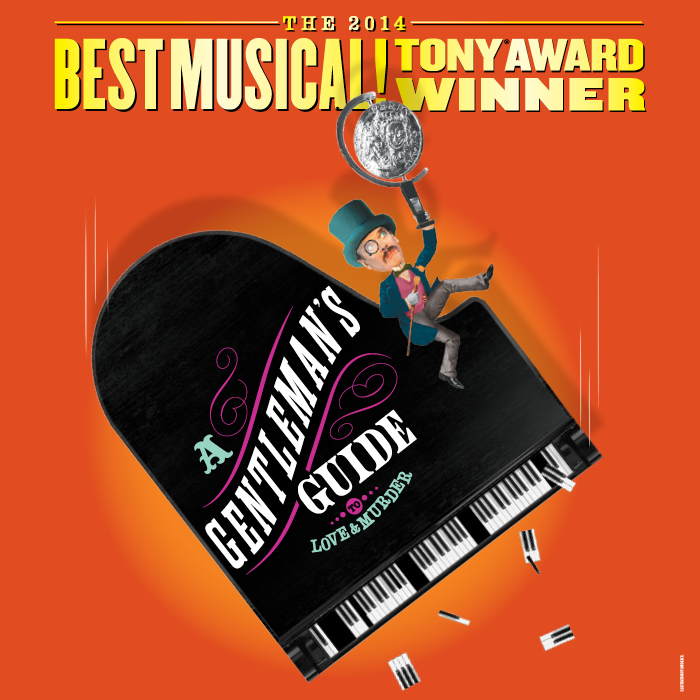 A Gentleman’s Guide to Love and Murder is the knock-’em-dead, uproarious hit and the most-nominated show of the 2014 season with ten Tony nominations and four wins, including Best Musical. A distant heir to a family fortune sets out to speed up the line of succession by using a great deal of charm.and a dash of murder. This Broadway hit is filled with unforgettable music, nonstop comedy, and a scene-stealing role for one actor who plays all eight of the doomed heirs. Can Monty Navarro, juggle his fiance and his mistress, knock off all eight of the heirs without being caught, and become the ninth Earl of Highhurst? See this knock ’em dead TONY AWARD WINNER FOR BEST MUSICAL to find the answers. A Gentleman’s Guide to Love and Murder with book and lyrics by Robert L. Freedman with music and lyrics by Steven Lutvak is presented by Actors’ Repertory Theatre of Simi and will play June 8 – July 14, 2019. Tickets are $28 Adults, $24 Seniors & Students and $20 Children 12 & Under.