Simi Valley offers a variety of activities to enjoy against the backdrop of this small, but bustling Southern California community.  Come hike the trails around Corriganville Park, formerly the famed filming site Corriganville Movie Ranch or dig into the region’s history of innovations at Strathearn Historical Park and Museum.  Visitors in search of faster paced fun can skate on either the ice rink of Iceoplex or the asphalt ramps of Skatelab.  Kids will enjoy the climbing ropes and crawling tunnels of Imagination Gymnastics Center and the entire family can take in a show together at the Cultural Arts Center. Here’s a look at the top nine attractions in the area:

Spend an afternoon on the hilltop grounds of the historical library of our country’s 40th President, Ronald Wilson Reagan.  Step into the shoes of “The Gipper” by setting foot into not only a replica of the Oval Office as decorated to his (jelly bean specific) preferences, but onto the actual Air Force One used to fly Reagan during his presidency.  An exhibit detailing the former president’s life from his upbringing in Illinois to his future in entertainment and politics is a fixture of the library.  The library grounds also contain an underground vault which serves as the final resting place for Mr. and Mrs. Reagan.

Cool down after enjoying a day under the Southern California sun at Iceoplex, where visitors of all ages and skill levels can take part in the public skating sessions offered at this indoor recreation complex.  Iceoplex offers private birthday parties for guests to take to the ice at their own pace, as well as sessions for visitors more experienced in figure skating, speed skating and curling.  Iceoplex also offers classes for youth hockey players and facilitates pick-up hockey games for adults. 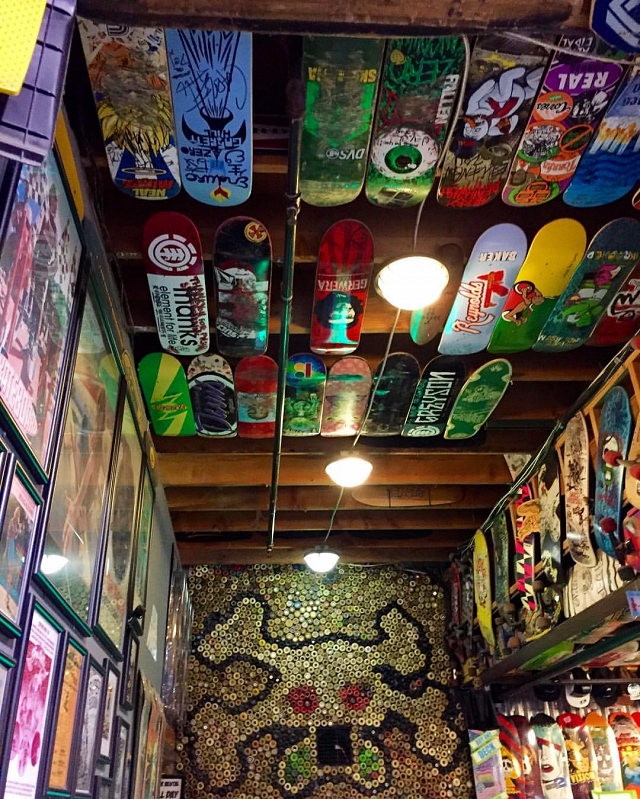 Before its debut as an Olympic sport at the 2020 Tokyo games, discover the history of skateboarding and its origins in Southern California at Skatelab.  The skatepark houses the Skateboarding Hall of Fame & Museum, paying tribute to icons of the sport like Tony Alva and Stacy Peralta as well as giving tomorrow’s potential legends the chance to try their luck on the rails and ramps of the skatepark.  Skatelab also hosts occasional live local punk shows, like SKATESLAM 2017, where visitors might check out the next NOFX or Bad Religion.  If you’re visiting Simi Valley with your children or you’re just a kid at heart, then missing out on Skatelab would practically be a crime!

Visitors to the Santa Susana Depot can step back in time over a century and check out the Southern Pacific Railroad depot, restored by the Rancho Simi Foundation, a non-profit begun by local train enthusiasts and members of the Santa Susana Railroad Historical Society.  The depot has been further utilized by the Rancho Simi Foundation as a museum of local historical artifacts, specific to the railroad and beyond, including a model of what Simi Valley looked like in the 1950s.  Spend some time in the region’s past to better appreciate how Simi Valley has taken shape in the present day.

Dating back to the time of native inhabitants the Chumash, the exhibits at Strathearn Historical Park and Museum offer a glimpse into history.  Trace the development of the region (including the brief period when the area was known as Simiopolis) from land rumored to be named after “Shimiji,” the Chumash word for small white clouds, to the modern day Simi Valley that delights locals and thrills visitors.  Relive this regional evolution with visits to the Spanish period’s adobe, the “Colony House” of the pioneer era and, of course, the Strathearn House built by the cattle ranching family that lends their name to the park today.

Bring the family to Imagymnation for a great afternoon of fun and exercise.  Kids can make new friends, in mazes and on trampolines, while learning about their physical relationship to the spaces and people around them.  Enjoy a fully interactive day exploring the open gym or schedule gymnastics classes catered to a variety of age groups from 18 months through 6 years and older at Imagymnation!

Certified by the National Field Archery Association, Conejo Valley Archers bring the simulated experience of shooting on an actual roving field with their 28 target Field Range on a 3 mile loop spread across 12 acres of both flatland and hills.  The field archery club also makes an archery session open to the public every Saturday regardless of the weather, where kids aged 8 and up are welcome and parents are invited to bring the aspiring Katniss Everdeen or Hawkeye in their life.

First constructed as a church in 1924, the building known today as the Simi Valley Cultural Arts Center was shortly thereafter used to help the community in a time of need by providing classrooms made scarce following area fires and earthquakes in the mid 1920s.  Since then the building became a mortuary in the ’60s, a synagogue in the ’70s, and a historical landmark in the ’80s and being purchased by the city in a renovation led by former Mayor Bill Davis in the mid 1990s, resulting in the beloved contemporary venue that has brought all manner of stage entertainment to Simi Valley for over two decades.  Recent years have seen productions of “Hairspray,” “La Cage Aux Folles,” “Young Frankenstein” and “9 to 5: The Musical” all grace the stage.  2017 will see extended runs of “The Little Mermaid” and “Big Fish” come to the Cultural Arts Center, as well as the world premiere of local playwright Robert Weibezahl’s “And Lightning Struck: Mary Shelley and the Curse of Creation.” Plan a visit of your own! 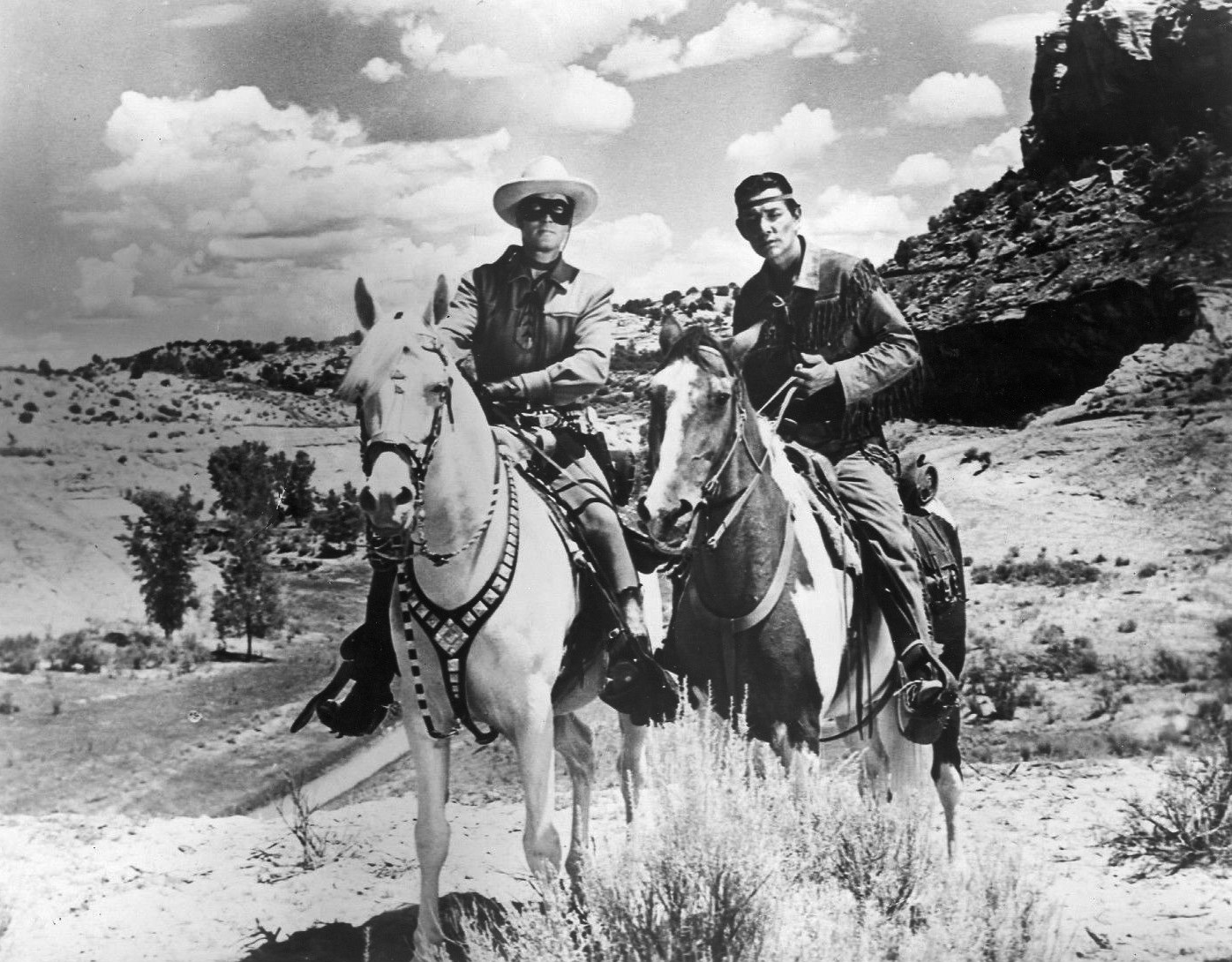 Formerly owned by Hollywood stuntman and Western star Ray “Crash” Corrigan (before passing ownership to comedy legend Bob Hope who turned it into Hopetown), Corriganville Park saw the filming of classic television shows like The Adventures of Rin Tin Tin and The Lone Ranger.  There might not be room to ride Silver on the park’s five hiking trails, but there is plenty of space to marvel at the plants and animals of the region on the Stagecoach Trail or find out more in-depth information about this natural beauty courtesy of the Boy Scouts on the Interpretive Trail.

Planning a visit to Simi Valley? Find the perfect hotels, restaurants, and activities on our website. Sign up for our email newsletter to get the latest news and things to do in the area!